In the Bible, the Dead Sea is known as the “Eastern Sea” or the “Sea of the Arava”. The ancient Greeks and Romans called it “Mare Asphaltitus”, meaning the “Clay Sea”, due to the patches of clay, or asphalt floating on its surface. Later on, since life in this body of water was deemed impossible, it was dubbed the “Dead Sea”, and this term was adopted by various European languages. Mosaics from the Byzantine era depict fish swimming toward the Dead Sea from the Jordan River and rushing to turn back and flee toward the north, to the fresh water sources.

The Dead Sea region offers a rare combination of nature sites, history and unique healing centers, each of which has the potential to inspire autonomous tourism development. The Dead Sea, at approximately 417 meters below sea level, is the lowest point on the surface of the earth. It is a remnant of the ancient “Lake Lisan”, the body of water which once extended from the north of the Sea of Galilee to Hazeva in the Arava.
The water’s salinity, with a concentration of about 340 grams per liter (10 times that of the Mediterranean!), makes floating natural and effortless and instills a sense of peace and tranquility. The air is dry, rich in oxygen and free of any environmental pollution, and the temperatures are relatively high, even in the height of winter. The fact that the sun’s harmful ultraviolet rays are naturally filtered makes it possible to sunbathe without burning and is instrumental in treating various skin diseases. The natural “healing waters” along the coast, which are rich in minerals and natural heat,

combined with the black mud deposits, are the ideal foundation for health and beauty treatments.
The region’s nature reserves and scenic diversity offer a unique combination of arid desert vistas and oases alongside pools and waterfalls teeming with diverse flora and fauna (mountain goats, pikas, insects, reptiles, various species of fowl, etc.). The region’s historical sites are among the most renowned in the world, namely: Massada, Qumran, Jericho, Ein Gedi, the Roman fortresses and the monasteries in the Judea Desert.
A great many resources are invested in developing infrastructures, facilities and services dedicated to the tourist industry. The region offers about 4,000 rooms in hotels of various standards, kibbutz resort villages, hostels and other accommodation facilities, with adjacent services such as: parking lots, public beaches, well-kept nature reserves and fascinating tourist sites. The vacationers and tourists in the region can choose from a wide variety of excursions and activities, including desert tours on foot, in special vehicles and on camels, Bedouin accommodation, rock climbing and rappelling courses and excursions, as well as archeological and agricultural tours. 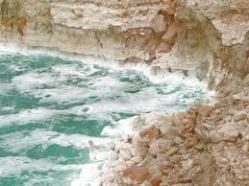 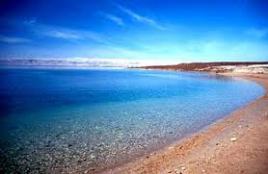 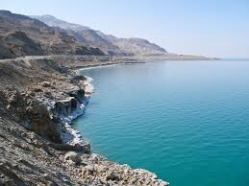